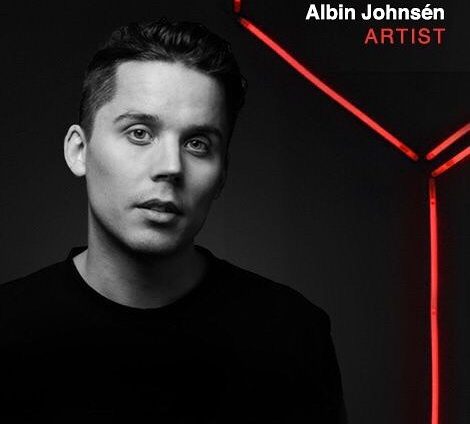 Albin Johnsén is born on July the 22nd 1989 in Boo, Nacka, a scenic suburb of Stockholm. He had a huge breakthrough in 2014, after releasing “Din Soldat” (“Your Soldier”) featuring Kristin Amparo. The song was an amazing hit, and the most played song on Spotify that year. Albin released his debut album “Dyra Tårar” (“Expensive Tears”) and rigorously toured around Sweden. His music has been streamed over 90 million times on Spotify. During 2017 Albin has released new music from the upcoming album that will be launched in 2018, among them the gold selling song “Tack För Idag”, “Flyg” and “Om Du Bara Visste” (”If You Only Knew”).

Albin is used to sharing his thoughts and perspectives as a columnist, a lecturer, and last but not least through his song lyrics. His words have inspired many young adults throughout the country. As a songwriter Albin writes for himself as well as for other artists.

His song “Para:diset” reflects his journey from his childhood dreams to the adult reality. He vividly portrays the backside of rapid success and extreme acknowledgement. About the awakening and the way back to the core dream, a path without detours.

With a lifelong experience of anxiety and self-doubt, Albin has learnt to appreciate the real wins of life, and is eager to share his uplifting journey with others. In his songs “Flyg” (“Fly”) and “Tack För Idag” (“Thanks For Today”) he honors the people he could rely on during the toughest times of his young life, and also the struggles he had to overcome from within.